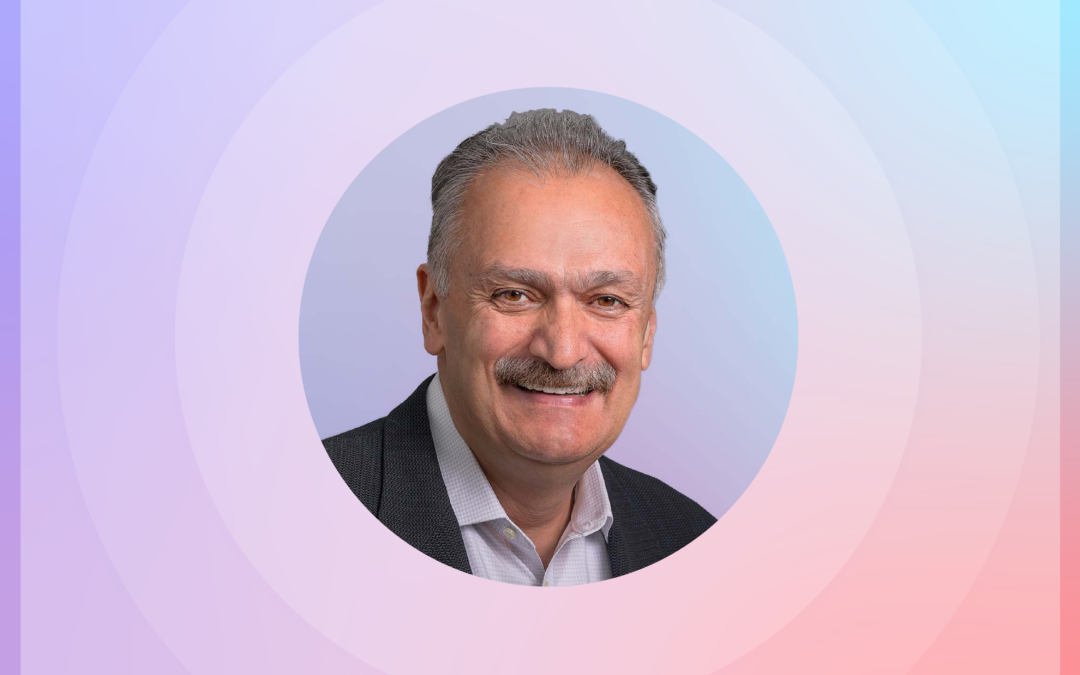 “For me, creativity and curiosity have always been paramount in closing the gap between innovation and impacting the fabric of society,” …

Dr. Nahamoo is known among many industry observers as a “father” of human language technologies (HLT). He holds more than 60 AI-related patents and has published nearly 100 technical papers in leading scientific journals. Most recently, Dr. Nahamoo was Chief Scientist for Conversational Systems and Speech CTO at IBM Research, where he led the technical and business strategy for related technologies, drove R&D for Watson, and shaped the company’s conversational systems work. Dr. Nahamoo and his team received the IBM Research Extraordinary Accomplishment Award for Speech Technologies in 2010 and the IEEE Corporate Innovation Award in 2009 for long-term commitment to pioneering research, innovative development, and commercialization of speech recognition. Dr. Nahamoo was named IBM Fellow in 2008—one of few individuals since 1962 to receive this distinction.

“For me, creativity and curiosity have always been paramount in closing the gap between innovation and impacting the fabric of society,” said Dr. David Nahamoo, CTO of Pryon. “I am grateful I had these at IBM and can now accelerate change even faster at Pryon. My passion to move AI and speech innovations from research to the market has never been greater.”

“Having a unique visionary such as Dr. Nahamoo joining us as CTO reflects his confidence in our execution,” said Igor Jablokov, CEO of Pryon. “The team we assembled at Yap sparked an AI revolution at Amazon after it was acquired. With Dr. Nahamoo’s leadership, Pryon’s R&D team is even more accomplished and experienced, and will move faster to deliver the benefits of Augmented Intelligence to the enterprise.”

As CTO, Dr. Nahamoo will lead Pryon’s R&D team that combined has close to 100 AI-related patents and more than 150 years of experience. The team has one of the deepest levels of AI, ML, and NLP knowledge and achieved industry recognition for applying these capabilities to create marketable innovations.

Addressing the experience of Pryon’s R&D team, Dr. Nahamoo commented: “There was a time when scale mattered most in AI. However, innovation has definitely shifted the balance of power from larger to smaller companies. Today, the ability to act quickly and be agile are most important.”

“David Nahamoo worked on my team at IBM where he led world-class research in speech recognition and related technologies,” said Alfred Spector, CTO and Head of Engineering at Two Sigma. “I believe David’s technical skills, extensive experience, and desire to think creatively about problem solving will make him a real asset to Pryon.”

Pryon’s Augmented Intelligence cross-industry solutions are already delivering value at several of the world’s top communications, financial services, and logistics companies. The company’s early success with these Fortune 500 customers is based on a methodical approach. “Since AI is a new imperative to the C-Suite, they want a low-risk, high-return way of starting,” said Dr. Nahamoo. “Once they witness the substantial benefits and potential of Augmented Intelligence, they can then begin the process of delivering even more transformational value across the organization.”

“Over the years at IBM, I had the honor to work with David Nahamoo, a true leader in the AI technology community,” said Paul Horn, Distinguished Research Scientist at NYU Tandon. “I congratulate Pryon for selecting as its CTO someone with his deep knowledge and background, and I welcome David to a cutting-edge AI company at the NYU Tandon Future Labs where Pryon is a partner.”

About Pryon Inc.
Pryon is a privately-held enterprise AI and machine learning company. Driven by the team that designed and built the core human language technologies behind Amazon Alexa and IBM Watson, Pryon is creating an Augmented Intelligence platform that combines the strengths of people and machines. Using Pryon’s secure, natural language, and voice-based interactive agent, businesses will enhance the intelligence, performance, and productivity of their workers. To learn more about Pryon, please visit: https://www.pryon.ai