Your guide to augmented intelligence 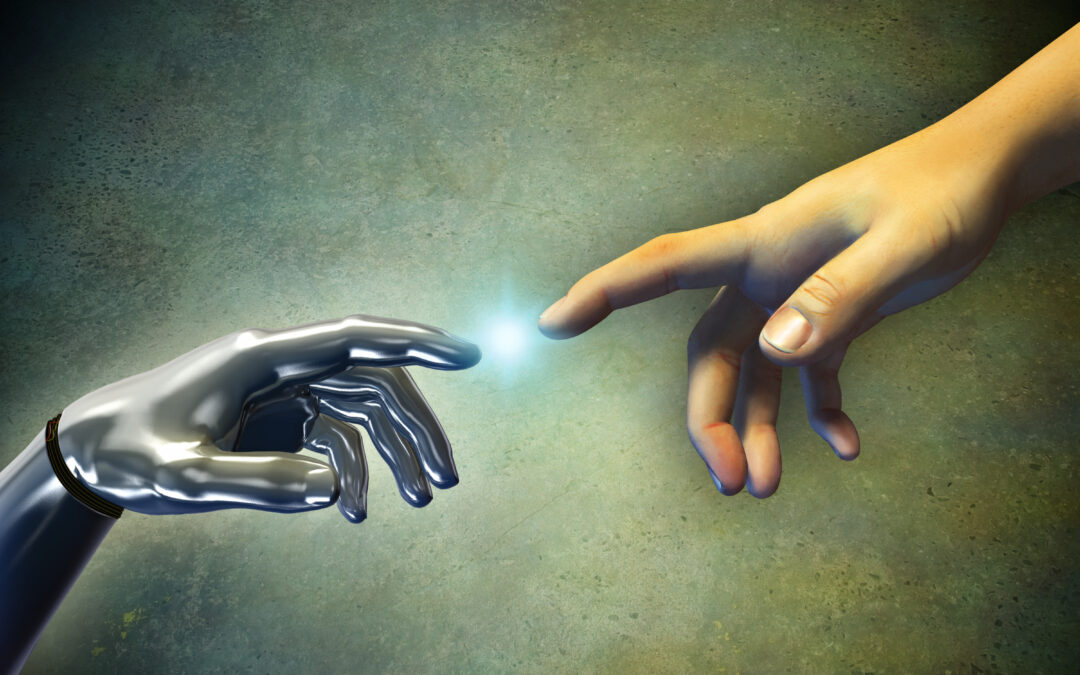 But the reality we face is much brighter than those celluloid nightmares. Machines provide ultra-fast processing capabilities, the ability to automate complex tasks, and the tools to drive to insight. People provide leadership, creative problem solving, and the desire to train machines to do more. When they work cooperatively, machines and people can tackle ever-more complex challenges. From addressing industry issues and climate change to empowering knowledge workers to innovate faster, our future will be characterized by a closer partnership between machines and people that will benefit both.

What is augmented intelligence?

Understand data – People feed large data sets into a platform or solution, and NLP and ML help make sense of it.
Interpret data – The augmented intelligence platform uses historical data and models to interpret newer data accurately.
Reason – The system then provides valuable results for users.
Learn – Business users, from data scientists to teams who interact with tools, provide feedback that is used to optimize results on an ongoing basis.
Assure – AI technologies help provide security and compliance, protecting data from unauthorized use.

The industry outlook for augmented intelligence

Company interest in augmented intelligence is growing quickly. In fact, Allied Market Research expects sales of hardware, software, and services to reach $121.57 billion in sales by 2030. Even in its early days, augmented intelligence is delivering incredible benefits. In 2019, Gartner predicted that AI augmentation would create $2.9 trillion in new business value and unleash 6.2 billion hours of worker productivity. Those gains are likely larger, due to the fast pace of digital transformation that has occurred over the past two years.

“In just about every occupation, smart tools and services are emerging that can help us do our jobs more efficiently, and in 2022 more of us will find that they are a part of our everyday working lives.” – Futurist Bernard Marr

As a form of artificial intelligence that is designed to help, not replace, humans, augmented intelligence can help drive efficiencies for organizations — without the risk or controversy of fully automated AI approaches.

Trends that are spurring the development of augmented intelligence

Multiple trends are accelerating the development and implementation of augmented intelligence. These trends include:

How to deploy augmented intelligence

However, there’s an easier way to get started: deploy a low-code or no-code solution for a specific use case.

Augmented intelligence leader Pryon offers virtual assistants that streamline workflow in key business functions and can be deployed within minutes. For example, the Agent Augmentation Assistant provides call center agents with instant access to complex data, such as solution technical specifications, enabling them to deliver better service to customers.

“By 2030, decision support/augmentation will surpass all other types of AI initiatives to account for 44% of the global AI-derived business value.”   –Gartner

Augmented intelligence is being used widely across industries. Here’s what industry companies are doing today

Companies have already embedded AI into critical processes. They can use this information, as well as insight into their current challenges, to determine:

Pryon is an artificial intelligence company that is transforming enterprise knowledge into interactive experiences. Recognizing that companies want faster results to increase competitiveness, we offer a no-code platform that can be deployed in minutes. Companies can deploy the Pryon platform, point it at a knowledge base, and watch it get to work.